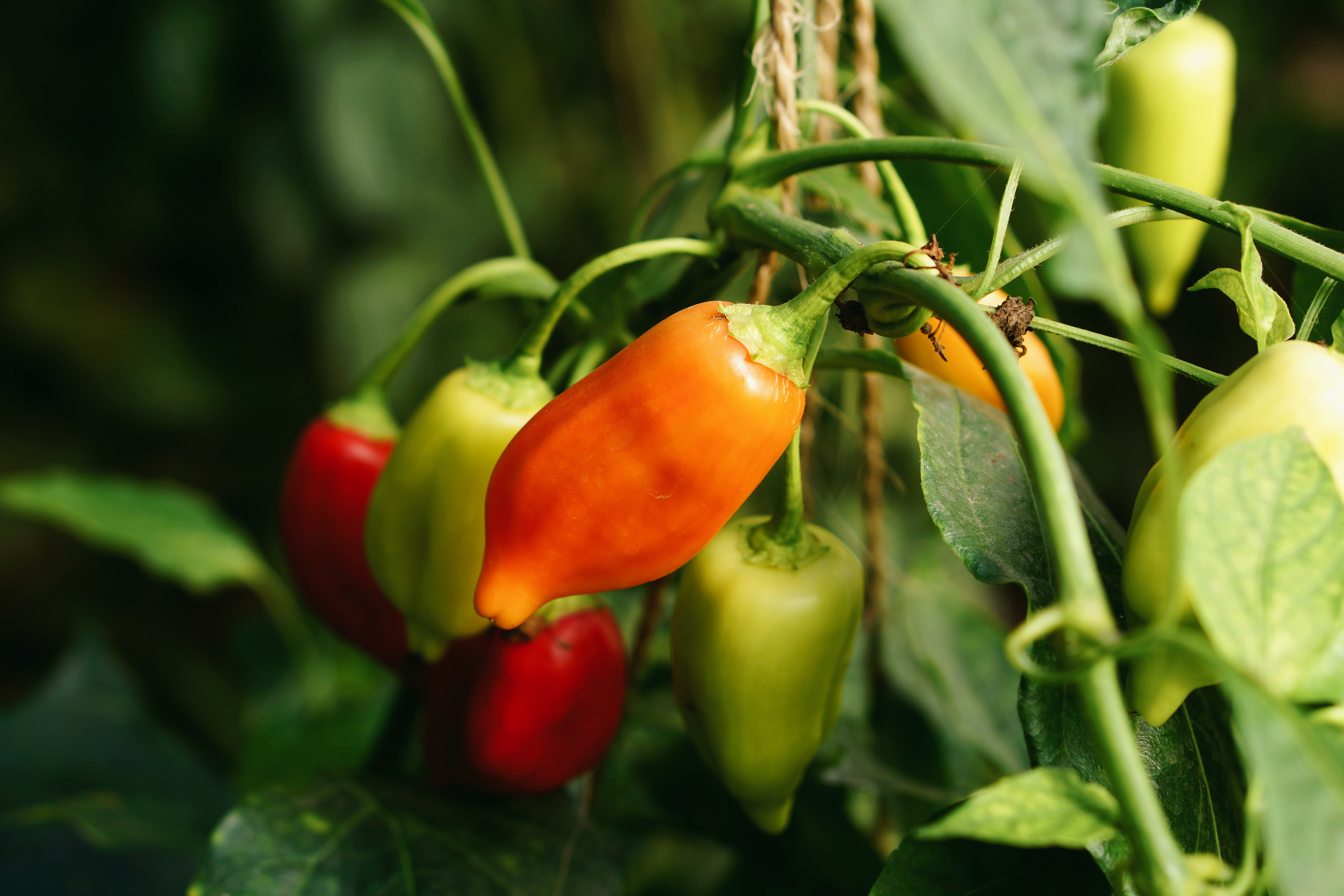 Growing up when I was younger my family always had a small garden no matter where we lived. I’d like to think this is where I got my green-thumb, but I still struggle to keep plants alive in our school greenhouse! My mother would make lots of salsa so peppers were abundant in the garden. I was often scolded for eating raw peppers right off the plants because my mom would then have to wait for the next set of ripe ones.

There were in particular sweet peppers that had a pale yellow coat that I devoured with little self-control. One day however, these morsels of goodness had been picked clean by my mother who was obviously perturbed at my near constant munching on them. So there I was scouring the garden for anything that looked remotely, freshly edible. It was then I stumbled upon several plants with dark green colored peppers. I picked two to three off and not even thinking to ‘test taste’, I remember getting halfway through the second one and thought I was dying.

I ran into the house screaming for water, burning sensation shearing my mouth…

Okay, I’m like five or six years old at the time, so you can imagine the horrific screaming/crying that was erupting from my traumatized little self. My mother deeply concerned and perplexed saw I was still gripping the half eaten pepper. As the comforting mom I had, she gave me pudding and held me till I stopped crying.

This was a fairly traumatic experience to say the least and I’m a little embarrassed to admit I had not intentionally eaten a jalapeño pepper again till last year. It was during a K-State Baseball game and I accidentally got jalapeños loaded atop my nachos. They were shockingly delicious and now I’m a regular consumer of my once dreaded fruit foe.

As a child I had felt deceived by these peppers…they looked just as good as those sweet banana peppers I ate in unheard of quantities. Just as I was caught thinking that the dark green pepper was a harmless, edible delight; we as a society are buying into an equally burning, painful view/experience of excellence.

Perfectionist is one thing. Nobody wants to be labeled that, it has serious negative connotations today. Yet, the race towards embracing the word ‘excellence’ has been unceasing and I’m beginning to have some reservations from my own personal embrace of the word. I’m describing these reservations because I was always quick to correct people who accused me of perfectionism…no my aim I’d tell them is for excellence!

Here is the listing of synonyms for the word ‘Excellence’ as described by Thesaurus.com:

I don’t know if I feel comfortable with all those synonyms…reading through these again and again I can sense that little burning sensation…sort of like eating raw jalapeños. Excellence may be a watered down version of ‘perfectionism’, but it expresses itself in similar parallels that I’m unsure whether choosing excellence is anymore helpful or simply a recipe for heartburn.

Excellence is built upon the idea of comparison. How do we know we have achieved excellence? Can we quantifiably or even qualitatively describe what excellence is or looks like? If I claim my Agriculture education program has achieved “excellence” would others agree? Does excellence look the same for every person, every school, every community? Does the societal pressure of excellence lead us into decisions that create pain for ourselves, our family, and others (the recent college admissions scandal as a case in point)?

Excellence [as it exists overwhelmingly today] carries a cost…a perpetual dissatisfaction with our own reality. This dissatisfaction breeds unhealthy comparisons between ourselves. I remember when young in my teaching career I felt that if I wanted to achieve my life goals, I could not be held back at a small rural school. I kept comparing my life to others who had found success in the education field and I felt frankly inadequate.

What’s funny (and great) is that Annelle has always been there to snap me back to “real” reality with simple, sharp questions and I won’t forget this memorable one: “What is wrong with ordinary?”

I didn’t have much of a response to that question…back then I still had a view of ordinary as undesirable. Ordinary wasn’t interesting it was bland and colorless…I was wanting anything, but ordinary. It was as if I was back in that little garden digging around refusing to accept the notion that ordinary was not just acceptable, but good. I kept finding false alternatives, false truths; that left nothing but burns and pains.

Today, I can say that Annelle and I embrace living ordinary lives.

Ordinary has a stigma, it’s like a 23rd place finish in some eyes. Ordinary is perceived as lazy or half-hearted. All these could not be further from the truth. The truth is that there are over seven billion people on this earth, where easily only a handful of those are people I truly know personally or who in turn truly know me.

Most of us live lives as educators, parents, community members away from the glaring spotlight and are as most would exclaim…ordinary! Everyday living as humans with the ordinary passion to serve with full hearts.

Wow! If our “ordinary”, normal lives were built on the idea of just living by doing what was right for ourselves and others. Sharing kindness and love not because we are called to excellence in those practices, but because that is what an ordinary, caring person just does.

Let’s challenge the assumptions surrounding ordinary. Let’s embrace it as a descriptive noun. Ordinary can be more than just relaxing, it can be life bringing. If we want to live lasting lives of influence in our schools and communities; let’s give our ordinary lives a chance! Restoring a sense of ordinary can allow us to pause and truly enjoy the people around us. Enjoying the God-given simple, yet fleeting moments provided to us.

Ordinary is madness to our world. A madness we all desperately need.